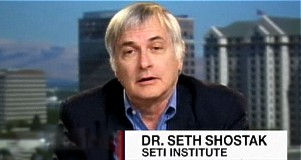 On science and mortality

Targeting the life sciences, NBER formed a database of 12,935 scientists whose publication performance, patents, funding levels and peer pedigrees – i.e., membership in the National Academies of Science or the Institute of Medicine – satisfied baseline criteria. From there, NBER whittled the field down to 452 names. All were considered the rock stars of their generation, circa 1975-2003. More significantly, every one died before they retired.

The results of the study – published in December under the headline “Does Science Advance One Funeral at a Time?” – showed how subsequent publication activity by the deceased stars’ colleagues tapered off precipitously, by 40 percent, following the deaths of the luminaries. Into that vacuum surged the work of non-collaborators. It went up 8 percent within a year. Within five years, papers by the non-collaborators “fully offset the productivity decline of collaborators.”

NBER summed up what had been happening this way: “The idiosyncratic stances of individual scientists can do much to alter, or at least delay, the course of scientific advance.” Conclusion: “While co-authors suffer after the passing of a superstar, it is not simply the case that star scientists in a competing lab assume leadership mantle. Rather, the boost comes largely from outsiders who appear to tackle the mainstream questions within the field but by leveraging newer ideas that arise in other domains.”

Which brings us to the latest paint-by-numbers whimsy from astronomer Seth Shostak, 72.

Champion of the Search for Extraterrestrial Intelligence via the exclusive mode of radiotelescopes, author of four books, plus 60-some peer-reviewed research papers, not to mention 300 or so popular articles ranging from astronomy to technology, Shostak is so inside-the-box he even co-authored a college-level textbook on astrobiology. Plus he’s made a multitude of appearances on documentaries and TV series. Smart guy, clearly. Elite. He was rewarded for those efforts in December when he received the Carl Sagan Prize for Science Popularization. And as a fellow of the Committee for Skeptical Inquiry, he never misses a chance to remind Americans that UFOs are a waste of time. Thus:

Sensing a potential affront to mainstream groupthink with Hillary Clinton’s recent advocacy for transparent federal UFO documents, Shostak felt the need to translate her avowed interest into language Huffington Post readers could understand. From his opening sentence – “If you’re worried about little gray guys with no hair and amygdaloid eyes, Hillary Clinton wants to help” – it’s eminently clear that the senior astronomer with the SETI Institute has disqualified himself from any meaningful discussion on The Great Taboo.

Shostak does what he always does. He falls back on the veracity of the USAF’s dreadfully bollixed Project Blue Book, and he characterizes “those whose psyches are invested in the alien visitation story” as delusional thinkers. No allowance, of course, for people who make no such claims, people who think radar tracks of weird *&#! in the sky are interesting, and for people who wish that authority figures like Shostak would quit proselytizing and actually investigate events occurring in the 21st century. Or, failing that, at least quit misrepresenting things, like the British Ministry of Defence’s position on UFOs.

“The MOD said that after more than a half-century of taking hotline tips, they had learned nothing of either military or scientific value,” writes Shostak, who doesn’t even have to Google UFOs anymore because he’s riding Yuri Milner’s $100M SETI gravy train. “They also released tens of thousands of related government documents.”

Well, no, sorry man, you’re totally wrong on that first point. According to an MOD study declassified in 2006, referred to as Project Condign, the Brits are definitely interested in pursuing what it prefers to call Unidentified Aerial Phenomena. That’s the same term Clinton used last week in her Jimmy Kimmel interview. Struggling to make sense of the evidence they considered from 1997-2000, UK analysts agreed to describe UAP as “buoyant plasma formations.” Under the MoD’s definition, UAP is a meteorological phenomenon so bizarre, so intense, that it can subject observers to radiation exposure, hallucinations, “lost time” episodes, and even cause pilots to make evasive maneuvers.

“The relevance of plasma and magnetic fields to UAP was an unexpected feature of the study. It is recommended,” declared the authors, “that further investigation should be (undertaken) into the applicability of various characteristics in various novel military applications.”

Whoa, hey, crazy “weather,” huh? With defense implications to boot. Mmmm . . . smells like $$$. Still, 10 years after the declassification of Condign, and no followup to speak of. That could mean one of two things: 1) Classified research is ongoing or, more likely, 2) a more informed generation of scientists is waiting for speed bumps like Shostak to get out of the way so a less doctrinaire era of inquiry can begin.