Strange attacks – Alive people who exhibit a zombie-like state – These people are under mind control or eventually possessed by demons?

Recent events captured by CCTV and Dascam in America and Czech Republic show that something is going on that cannot be explained. 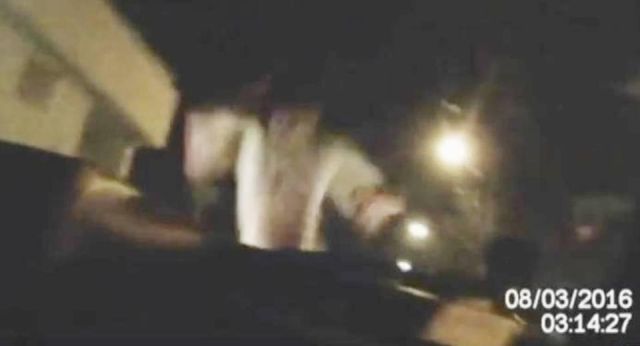 March 8, 2016, Czech Republic: A “bloodied naked man” jumped through a second story window, attacking innocent bystanders, then attacking the police who claim that the man appeared to “feel no pain,” and subsequently discovering that the man was not under the influence of drugs or alcohol.

March 14, 2016, Michigan: A shooting suspect, named Jason Dalton, said to the police that after using his Uber app the Devil took over his mind and body, ‘being controlled’ by his Uber app.

March 21, 2016, Wisconsin: A naked man was seen on the side of a highway while trying to attack drivers on the road.

March 26, 2016, Texas: officers received a call about a man running through traffic and running up to cars. When officers made contact with the man, he ignored orders to stop and kept beating on his chest. The officers used a taser on the naked man to stop him.

March 30, 2016, another naked man crashed his car into a store and terrified bystanders with horrific screaming. On the same day, the police arrested a naked man while shouting ‘Jesus is coming’.

Are there demons among us?

Jason A made a compilation video with the latest shocking and disturbing events recorded by the several CCTV and Dash Cams.