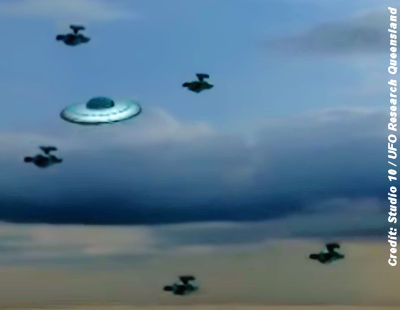 There are some very important elements to this case that point to a dramatic event that was covered up. eg The craft described by witnesses landed for a few minutes, then took off at great speed. The object was metallic and silver in colour and round in shape, with lights around the perimeter. The military arrived within 30 minutes and were heavy handed in silencing the children and this caused trauma to some which they still recall vividly. Tania, a Yugoslavian girl ran up to the craft and then screamed hysterically. She was then taken away in an ambulance NEVER TO BE SEEN AGAIN at the school. She and her parents were moved out of the town that day. A friend of hers went to visit her the next day and was told by the new owner of the home that no-one by that name had lived there. The area where the craft landed was combed and burnt afterwards by the military. […]