A giant swastika symbol has been spotted in the desert near Roswell, surrounded by different symbols and geometric structures. 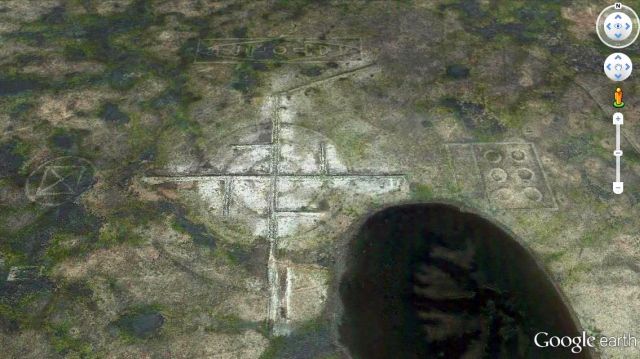 There is widespread speculation that the symbol was dug out as a marker for pilots to practice their bombing runs during World War II but other say it is an ancient symbol created by Native Americans to communicate with aliens.

But ask yourself, what is the reason that this ancient swastika symbol is so close to Roswell?

This symbol is there for a reason. Could it be a location beacon for UFOs to come here?