Remains of a suspected female of Turkik origin found in at an altitude of 2,803 meters in the Altai Mountains.

The 1,500–year old mummy unearthed in Mongolia has sent the internet into a frenzy over its apparent cutting-edge footwear as it looks like the female wearing Adidas boots. 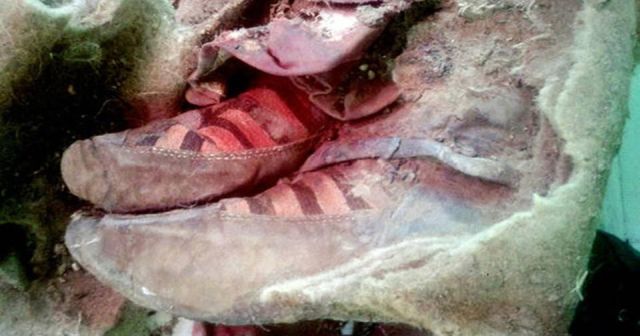 According to express.co.uk, the traditional footwear of the time looks more like it was designed by German sportswear brand Adidas complete with the iconic stripes. However, experts have said that it is one of the most unique insights into Mongolian life at the time.

‘It is the first complete Turkik burial at least in Mongolia – and probably in all Central Asia, however, the mummy and its strange footwear remains a very rare phenomenon’ B.Sukhbaatar, researcher at Khovd Museum, told to siberiantimes.