Two solid structures in Space at point L1, one million miles away, maybe one of ours meets one of theirs?

A possible alien satellite or ship passing by that monitors our Planet? 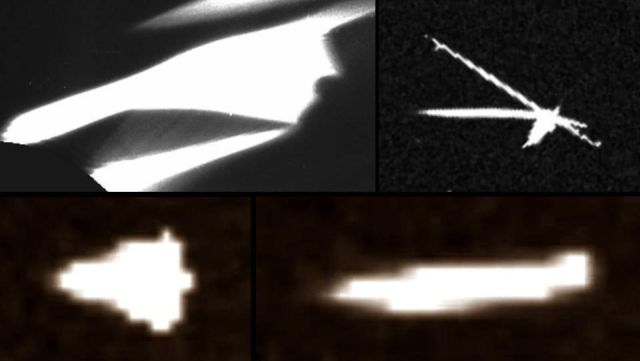