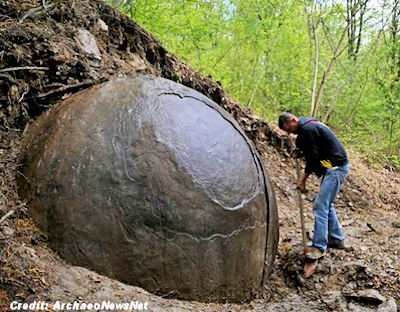 Possibly more than 1,500 years old, Osmanagich thinks this Bosnian rock ball may be “the oldest stone sphere made by human hands,” according to the Telegraph.

Like any mysterious sphere uncovered in nature — and there are others — Osmanagich’s is proving divisive.

Osmanagich, who also goes by Sam, has been “researching prehistoric stone ball phenomenon for 15 years,” according to a post he wrote on the ball’s discovery. Osmanagich believes the area used to house many more such spheres, but people cracked them open in misplaced pursuits of gold sometime during the 1970s. […]

The Canary Islands: Riddles of Light and Stone