Archaeologists have found a giant mysterious ball embedded in the ground in Bosnia. They claim it is the largest man-made stone ball in Europe, and the oldest in the world, dating back more than 1,500 years ago. 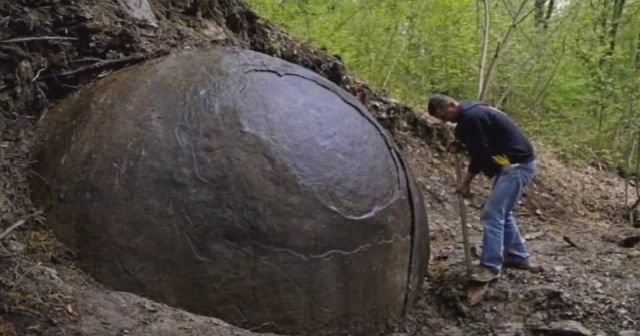 The stone was found by Semir Osmanagich, nicknamed the ‘Bosnian Indiana Jones’. He says the sphere is further proof that Europe had an advanced civilization that used groundbreaking technology.

In 2005, Osmanagich claimed that Bosnia’s Visoko Valley was the site of hidden ancient pyramids, linked by underground tunnels but these claims were largely disputed as being ‘nonsense’.