A panorama view from ‘Naukluft Plateau’ on lower Mount Sharp, which stands inside Gale Crater on Mars shows something very weird.

Besides the geology and landforms the image shows what appears to be a humanoid being with conehead walking around on Mars. 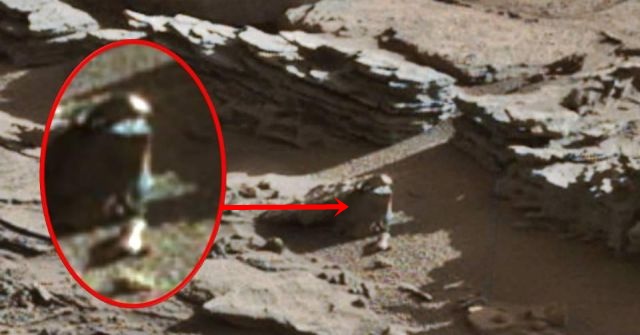 It seems the being is dressed in a blue suit and wears white boots. 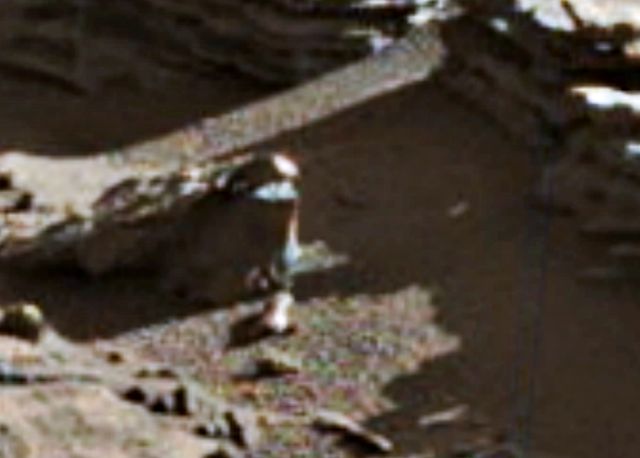 If it is not a trick of the eye and suppose this being is real, I wonder whether it is a hybrid like the hybrids from mars that have allegedly been in contact with people of Earth thousands of years ago? 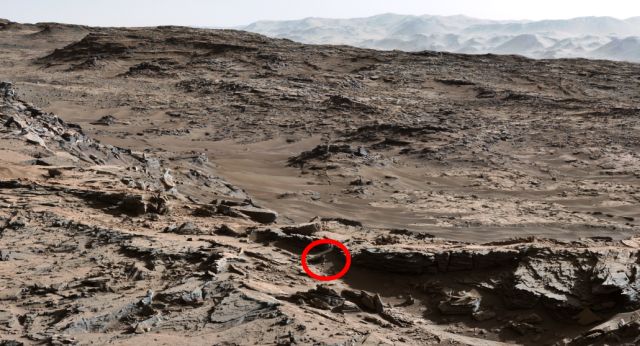 The history of mankind has numerous examples of skeletons which have cone shaped skulls.

And there is archaeological evidence that establishes a species of Big-Brain Cone head hominids approximately 50,000 (or more) years ago in South Africa, as well as in South America.

Following this, the Cone head hominid appears prominently around images of the ruling Egyptian Pharaoh Akhenaten (1353BC-1335 BC) and his wife Nefertiti a nice-looking hybrid.