The internal structure of an ancient Egyptian pyramid was revealed for the first time using cosmic particles, a team of international researchers reports.

The innovative technology was applied to the Bent Pyramid, a 4,500-year-old monument so named because of its sloping upper half. 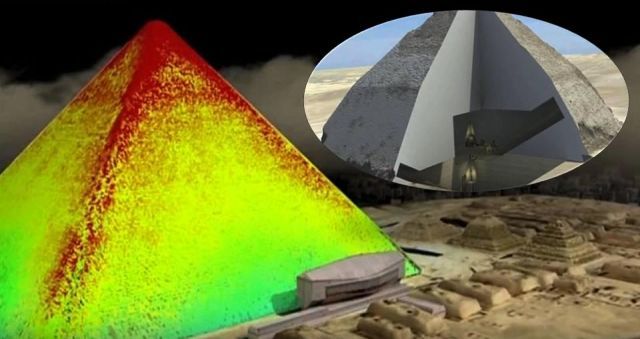 Located at the royal necropolis of Dahshur, about 25 miles south of Cairo, the Bent pyramid was built under the Old Kingdom Pharaoh Sneferu (about 2600 BC).

The monument has two entrances, one on the north side and one on the west side. These entries open on two corridors leading to two burial chambers arranged one above the other.

It was speculated that pharaoh Sneferu rests inside the pyramid in an undiscovered burial chamber, but the innovative technology ruled out the hypothesis.

“For the first time ever, the internal structure of a pyramid was revealed with muon particles. The images obtained clearly show the second chamber of the pyramid located roughly 60 feet above the lower one in which emulsions plates were installed,” said Mehdi Tayoubi, co-director of the ScanPyramids to Livescience.

The next one will be the Great Pyramid of Khufu at Giza, the last remaining wonder of the ancient world.