Lapetus is the third-largest natural satellite of Saturn. Discoveries by the Cassini mission in 2007 revealed several unusual features.

One of these features is a mysterious massive equatorial ridge reaching up to 20 km high, 1,300 km long and 20 km wide, and encircles more than 75 percent of the moon. 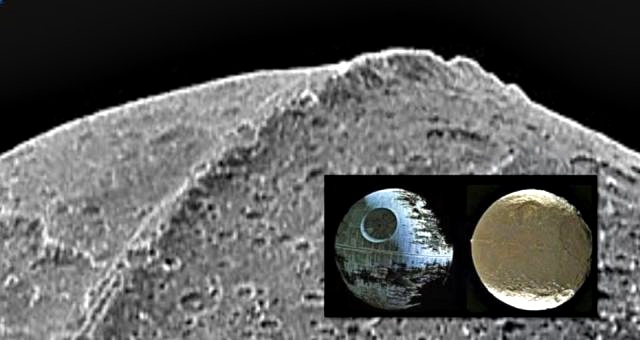 It is not clear how the ridge formed. One difficulty is to explain why it follows the equator almost perfectly.

There are at least four current hypotheses:

The ridge could be icy material that welled up from beneath the surface and then solidified.

Iapetus could have had a ring system during its formation due to its large Hill sphere, and that the equatorial ridge was then produced by coalitional accretion of this ring.

The ridge and the bulge are the result of ancient convective overturn.

The fourth hypothesis is that Lapetus is not a natural moon but an artificial constructed alien object or space craft.