A Turkey witness at Antalya reported watching and photographing an oval-shaped UFO hovering over the nearby sea, according to testimony in Case 75759 from the Mutual UFO Network (MUFON) witness reporting database. 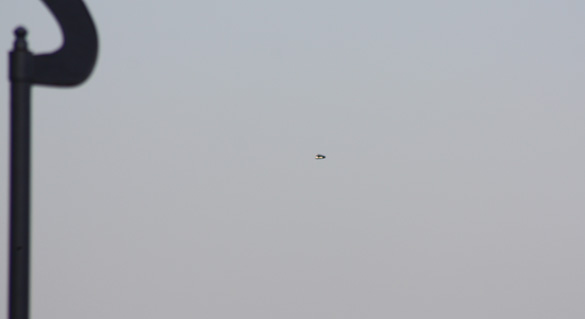 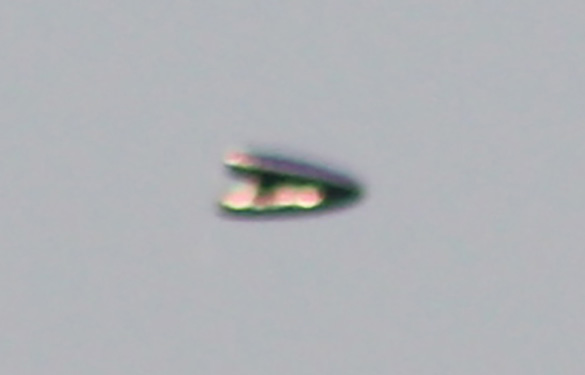 The witness was outside a hotel about 6:37 p.m. on April 3, 2016, when the object was first seen. Robert Spearing Investigated for MUFON International and closed the case as an Unknown.

“We were at the hotel in Kemer-Antalya, sitting and talking with the family,” the witness reported. “Shiny object with strange moves. We thought it was a helium-filled, metallic balloon. It moved north first and then came back and hovered above the sea. I was surprised and then took five shots with my Canon 450d with zoom lens. When you look at the pictures it was like a door opened at the end of the photos. It becomes the known UFO shape and vanished. I say vanished because when I tried to take sixth photo, I could not find it anymore.” 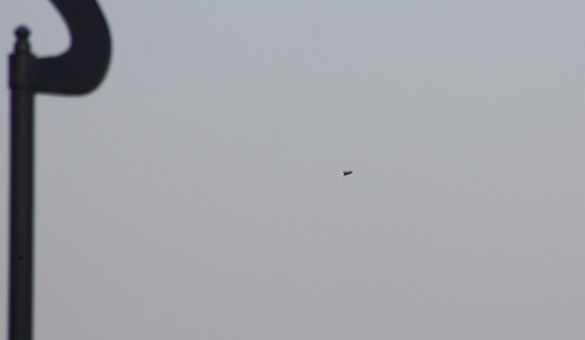 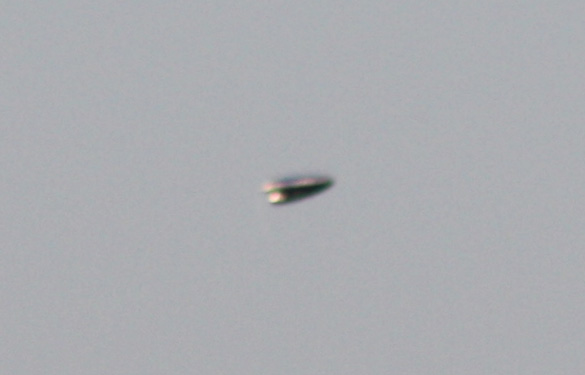 “According to the filed report, the object is described as being 15 degrees above the horizon and remaining in the northeast until it disappeared. The temperature was approximately 77 degrees and winds were at 4.6 mph and out of the west-southwest. The sky was clear.”

Antalya is a resort destination in Turkey and gateway to its southern Mediterranean region, known as the Turquoise Coast for its blue waters. During the Roman era Antalya was a major port city; today a modern metropolis surrounds ancient fortifications. Beaches are flanked by large hotels, and popular outdoor activities include golfing, diving and hiking the 500km Lycian Way footpath. 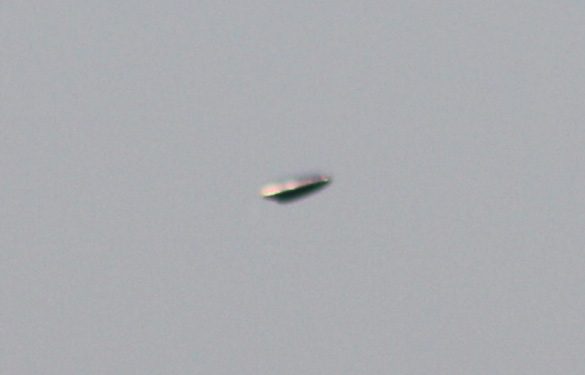 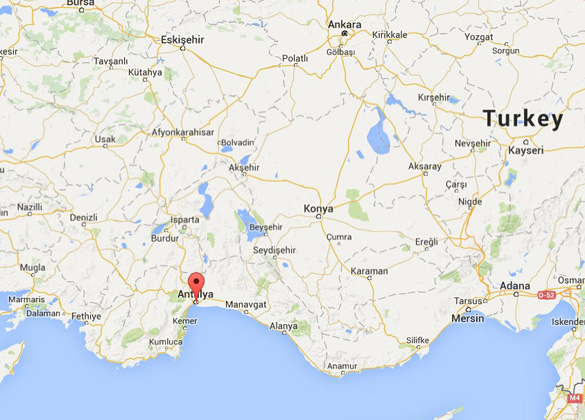 “After reviewing the witness summary and conducting the database checks,” Spearing stated,“it is determined that the witness observed an Unknown UAV.  The witness clearly photographed a metallic object that looked like dentures opening and closing in the sky. When the object was open it looked like a set of dentures. When closed it looked like a silver disk. Object abruptly disappeared. Unusual. Solid metallic object. Hovering. Similar case in Cyprus in 2015 with Case 65827. Photo analysis of photos shows object was in the sky and had a definite outline against sky.”