A strange event happened near a small village of Majdan in the upper region of Lublin in Poland when an unknown spherical object flew over a wind park. 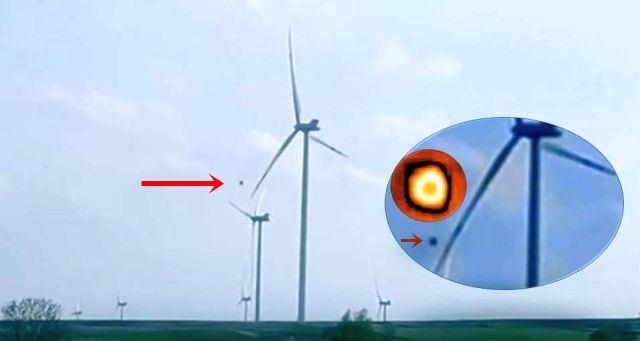 According to the witness who recorded the event on April 17, 2016, the object came from the east. At the moment it hovered above two wind turbines, the propellers just stopped turning around, while the wind turbines in the background continued to run.

After the object disappeared, the propellers started to turn around again.