With more than two years of measurements by ESA’s Swarm satellite trio, changes in the strength of Earth’s magnetic field are being mapped in detail. 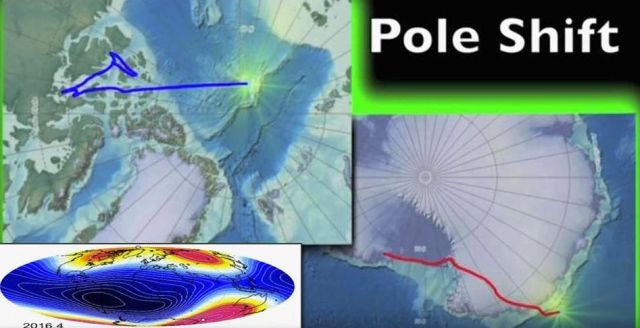 Launched at the end of 2013, Swarm is measuring and untangling the different magnetic signals from Earth’s core, mantle, crust, oceans, ionosphere and magnetosphere – an undertaking that will take several years to complete.

Although invisible, the magnetic field and electric currents in and around Earth generate complex forces that have immeasurable effects on our everyday lives.

The field can be thought of as a huge bubble, protecting us from cosmic radiation and electrically charged atomic particles that bombard Earth in solar winds. However, it is in a permanent state of flux. The animation above shows the strength of Earth’s magnetic field and how it changed between 1999 and May 2016.

Blue depicts where the field is weak and red shows regions where it is strong. As well as recent data from the Swarm constellation, information from the CHAMP and Orsted satellites were also used to create the map.

It shows clearly that the field has weakened by about 3.5% at high latitudes over North America, while it has strengthened about 2% over Asia. The region where the field is at its weakest – the South Atlantic Anomaly – has moved steadily westward and weakened further by about 2%.

In addition, the magnetic north pole is wandering east, towards Asia.

As remarkable as these changes sound, they’re mild compared to what Earth’s magnetic field has done in the past. Sometimes the field completely flips, with north and the south poles swapping places. Such reversals, recorded in the magnetism of ancient rocks, are unpredictable. They come at irregular intervals averaging about 300,000 years; the last one was 780,000 years ago.

In the next video Suspectsky interviews Suspicious0bservers on what a Magnetic Reversal means for Earth.

The interview defines what a pole shift is and generally overviews the effects a magnetic reversal would have on the weather, geological events, and human health.