Did you know that NASA has an ‘artificial sun’ patent since the 1950’s. According to NASA it is just used for testing equipment and running simulations like optical reflection, space environment simulation, sunlight, reflectors and virtual properties.

The 1960’s NASA sun simulator, nickname ‘Star’ was for an environment test chamber right here on earth, to simulate the sun found in space. Just imagine what they can do with the nowadays modern methods and light sources. 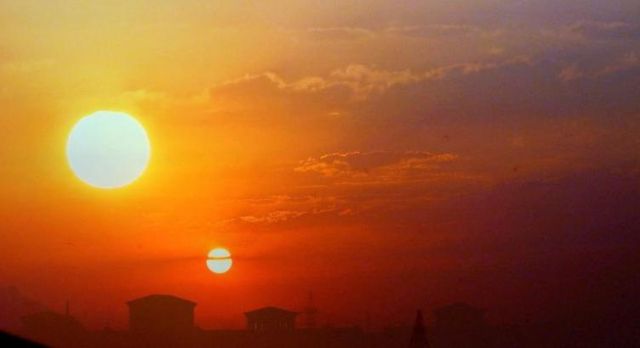 With all the on-going strange events happen in our sky we may ask ourselves if they’re hiding something by simulating certain environmental conditions of outer space, like an artificially created sun. That would be the reason we see a second sun?

Is it possible that they hiding the Blue Star Kachina by placing an optical illusion, an artificially created sun, in front of it?

An ancient Hopi Indian prophecy states, “When the Blue Star Kachina makes its appearance in the heavens, the Fifth World will emerge”. This will be the Day of Purification. The Hopi name for the star Sirius is Blue Star Kachina.

A video posted by Myunhuizen74 raises questions as it shows the sun casts a shadow on a completely black space! According to Myunhuizen 74 you cannot see a shade from the sun in space which suggests that NASA manipulates the images of the sun.

Even though we cannot prove that NASA manipulates certain environmental conditions of outer space, like an artificially created sun, by using advanced technologies, without doubt there is much more going on than we can imagine.