New study shows that the dating on the Sphinx shows it may have been built as far back as 800,000 B.C.! 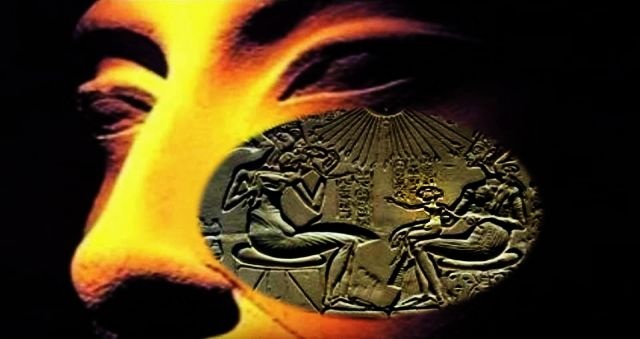 A lost culture, the antediluvian civilization, in Ancient Egypt was said by the Greek Philosopher Plato and the Famous Psychic Edgar Cayce to have possessed advanced technology, air and space travel and powerful mental and spiritual abilities.

After their continent was destroyed in a massive cataclysm, they transferred their wisdom and building knowledge to Ancient Egypt and hid their history in the construction of the Great Pyramid, Sphinx and a yet to be discovered Hall of Records.

Dr Carmen Boulter explains that her new discoveries reveal that the corrupt Amun Priesthood attempted to eliminate the royal family in Egypt and killed the Pharaoh Akhenaten and his son Tutankhamun (King Tut), but that Queen Nefertiti fled to another country and escaped their vicious treachery.

She also explores the possibility that Akhenaten and Nefertiti were supernatural beings that were giving humanity a new mystical philosophy of peace and spiritual attunement.

In an even more bizarre twist the latest carbon dating on this new Nefertiti site reveals that it dates back to 12,000 B.C. opening up all kinds of questions for our chronology of Ancient Egyptian and Atlantean history!

Dr. Boulter explores why there is such a complete media and archaeological blackout around the true nature of Ancient Egyptian culture and shows that occult forces that were working in ancient times still have an eerie legacy in our own time.

She states that the secrets these powerful groups are protecting may keep modern humanity in a state of disconnected physical consciousness and submerge our spiritual understanding to leave our mind, body and spirit vulnerable to hidden, nefarious control and keep it disassociated from its star origins.

Dr. Boulter also discusses her five-part documentary series, ‘The Pyramid Code’ that explores the esoteric wisdom the Egyptians used to build the incredible monuments at Giza.

Her new documentary series called ‘The New Atlantis’ will unveil her exciting research of an Atlantean culture that existed before recorded history, which formed the basis of the Sumerian, Egyptian, Mayan, and Inca Civilizations.

She also comments on a new study that shows the dating on the Sphinx shows it may have been built as far back as 800,000 B.C.!