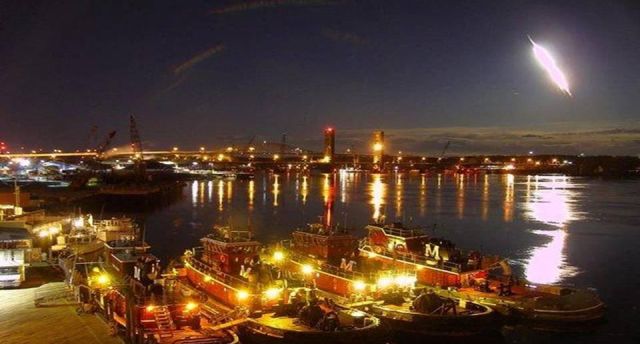 The American Meteor Society notes that there has been a dramatic increase in fireball/meteor activity since the beginning of 2016. The rate increased exponentially since 2013.

Such a change is significant and should be generating a lot of media attention and considerable activity in the near space observation, so why all the silence?

It seems as a huge cover-up is going on right now and they will never release this type of information to the public due to economic conditions and social order.

For example, Canada’s wildfire disaster, according to Tom Lupshu a small type of impact event has caused the wildfire but the media is covering it up. (See second video).

Maybe we need to ask Astronaut Tim Peake what he thinks about the danger of all the near earth objects.

Tim Peake took to Twitter to share an image of a 7-mm crack in the window of the Cupola module of the International Space Station, caused by a bit of what he called “space debris.” (Watch video).

Even we’re in for a month of meteor showers as we pass through the tail of Halley’s Comet, the near earth objects are still coming at our planet from all directions and one time there is an asteroid with Earth’s name on it, so action needs to happen now.

The following compilation of ‘Fire in the Sky’ webcam videos and images were captured between May 12-17-2016.