Coyne retired as a Lieutenant Colonel from the U.S. Army.
Quote from the article:
“Who remembers the 1973 case where a UFO nearly destroyed a US Army Reserve helicopter? You should. Even the debunkers and sceptics get uncomfortable with this one.
Jennie Zeidman, associate of astronomer J. Allen Hynek, published a report titled ‘Helicopter-UFO Encounter Over Ohio’ for the Centre for UFO Studies in 1979 after meticulously investigating the case.
The case has never been solved.”
http://ufos-documenting-the-evidence.blogspot.com/2016/05/mid-air-encounter-with-ufo-rarely-seen.html
Related posts: 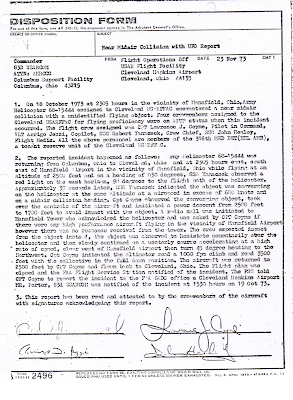