Some witnesses of the fireball that exploded over Northeastern US on May 17, 2016 believe that alien ‘guardian angels’ blasted the rock to minimize the threat. 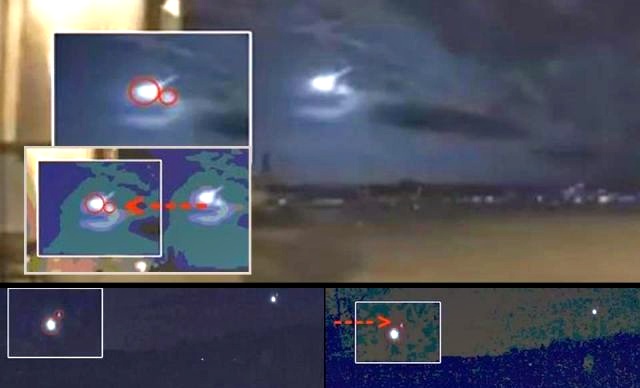 According to the American Meteor Society there were two objects entered the Earth’s atmosphere. As it appears now, a small unknown object followed the fireball on its trajectory through the atmosphere.

Once the fireball gets very close to Earth, the unknown object can be seen colliding with the meteorite causing it to explode before it crashed down.

The first video provides a detailed report of the event and in the second video you can see the huge fireball followed by a second object caught by a security camera of the Burlington International Airport as it plunges towards Earth before it explodes.