The latest International Space Station live stream footage (May 20, 2016) shows an odd shaped unidentified red object which appears to rise over Earth’s horizon. The object then shoots off into space. 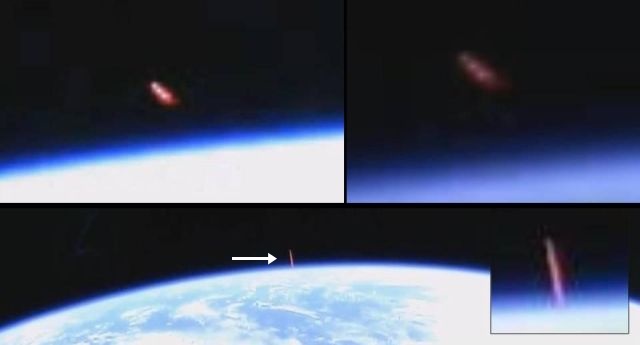 Given the speed of the strange object, what looks like three separate orbs reflecting a reddish light, it is not likely that the object is a satellite being launched into orbit.

Assuming the object is a man-made spacecraft, though given the odd shape of the object it does not look like a conventional craft, for what purpose they launched it into space?