A strange spherical light is seen in the sky over Uttar Pradesh in India on May 20, 2016.

The mysterious sphere which seems to light up releases a number of smaller spheres before disappearing into thin air. 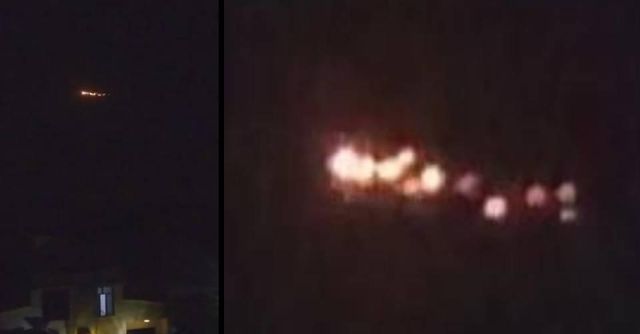 Witnesses wonder what that ball of light could be as it doesn’t look an exploding meteor or space junk re-entering Earth’s atmosphere given the speed of the object.

Some people suggest it could be ball lightning, a flare or firework while others say the odd light could very well be alien technology.