Turkish Airlines pilots said that “an unidentified object with green lights passed 2 to 3,000 feet above them. Then it disappeared all of a sudden.

We are guessing that it was a UFO,” the two pilots told the Air Traffic Control Center at Istanbul’s Atatürk Airport. 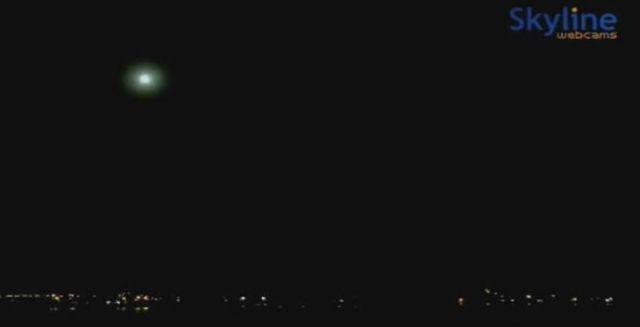 According to the pilots, the unidentified object was spotted when the plane was flying at around 17,000 feet at around 11:30 p.m. on May 19, reported the hurriyetdailynews.

A remarkable detail, the pilot’s UFO sighting occurred on the same day and about 350 km from the area where Flight MS804 from EgyptAir disappeared.

Coincidence? The Skyline webcam in Oregon also recorded a UFO with green lights on May 22, 2016.

Here is a video report about these strange green lights.