A close-up NavCam image taken on 15 May 2016, when Rosetta was 9.88 km from the nucleus of Comet 67P/Churyumov-Gerasimenko, shows a strange looking object on a flat region on the comet. 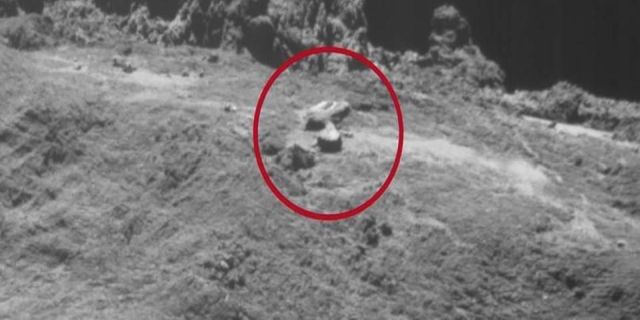 Maybe the object is just a rock or a shadow cast by bumps in the terrain, however, according to UFOvni2012 it is not a rock but a spacecraft with antennas standing on the surface of the comet.

See video for more details about the alleged spacecraft.