An image taken by NASA’s Solar and Heliospheric Observatory SOHO Lasco C2 satellite on May 29, 2016 shows an enormous shining structure next to the Sun. 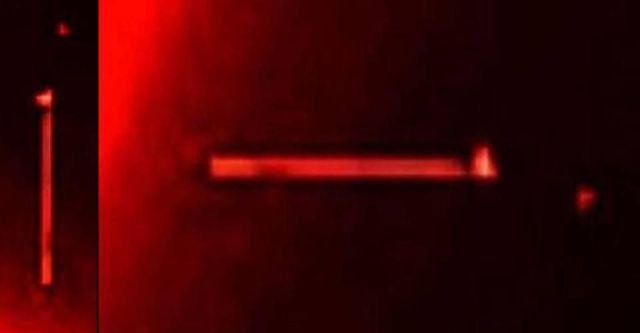 The rectangular shaped object appears to be an alien mothership of truly staggering proportions and it seems to light up as plasma streams flows over it. 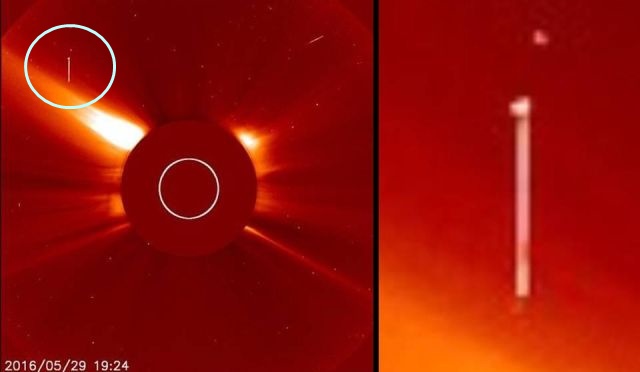 On the same day a second Lasco C2 image shows another unknown spacecraft which shoots a beam of light into the sun. 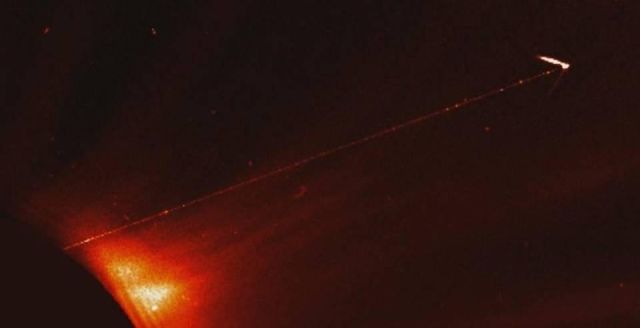 Despite some people still believe these UFOs are camera errors, scientists now admit that alien civilizations exist elsewhere in the Universe and millions of years more advanced then the human race.

Even according to two mathematicians from the University of Edinburgh, it’s very possible that there are Alien probes operating within our solar system.

Duncan Forgan and Arwen Nicholson suggest that we cannot rule out the possibility that there are extraterrestrial craft within our solar system, referring to a mysterious object (cataloged as 1991 VG – see video) which is set to fly past Earth in 2017.

Below video: UFO shoots laser in the sun.