This video is processing of a collection of close-up shots of the moon captured with an invented 16 inch space telescope by John Lenard Walson.

Walson: “All the files are originally 4k but I had to export the file to a small file for upload, so when you see any of my videos there only a fraction of the resolution, the real video is very high quality.” 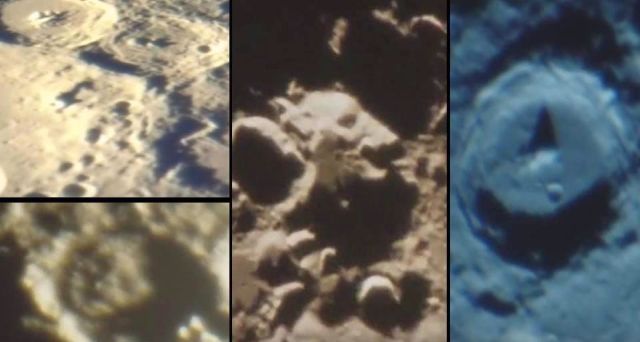 “Surprisingly, I have had my space footage seen by Professor of Experimental Philosophy Gerry Gilmore Institute of Astronomy University of Cambridge and hear is what he said”:

“Hello, you are clearly getting some images at almost the diffraction limit of your telescope.”

“Interestingly, the process you have, of using a high-quality imaging system, with fast read-out, and then selecting the rare `perfect’ images’ is something which has been developed and applied somewhat by one of my colleagues here.”

But more interesting is the fact that more and more amateur astronomers buy powerful telescopes like John Lenard Walson and uncover the secrets of space and discover artificial structures left behind by ancient intelligent life forms on the moon, mars and other planets.

Yet all the weird objects like the head of a creepy creature on the moon, which could be evidence that some planets, including the moon, have been habitable in ancient times.

It will be difficult for organizations like NASA to hide the truth about the past any longer.

Below video: Compilation of close-ups of the moon including artificial structures and the head of a strange being.