The witness, while travelling home from work was stopped at road works when he noticed as the sun was going down two objects in the sky. 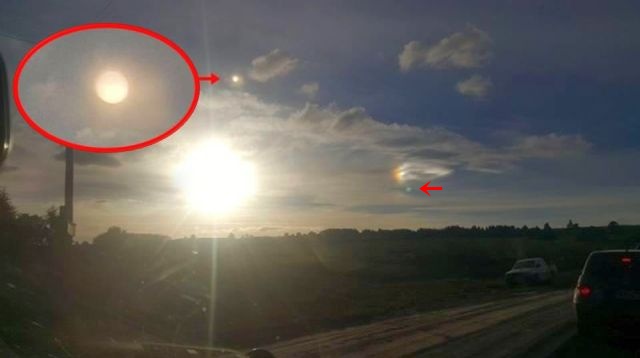 According to the witness, who took a photo of the phenomenon, the sphere next to the sun is green with four white dots on its surface and the second one is a large white sphere located above the sun.

While the green orb with the four dots is a typical lens flare it not explains, unless it’s our moon, the large white object above the sun what looks like a second sun,

“Whatever it was, it was very strange to see something what looks like another mini sunset.” said the witness who reported the phenomenon to Mufon. (Case nr. 76712.)