An Arizona witness at Mesa reported watching and videotaping two red lights in a vertical position moving northwest to east, according to testimony in Case 46492 from the Mutual UFO Network (MUFON) witness reporting database. 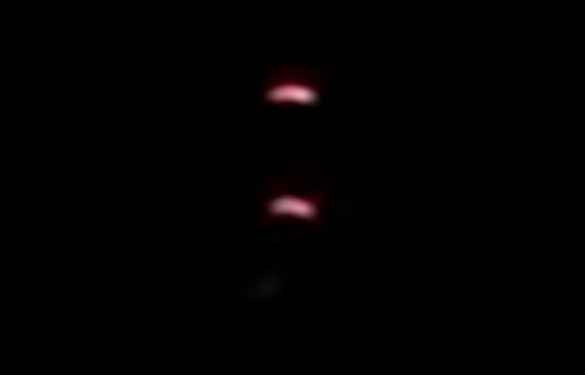 The Mesa, AZ, witness watched the two lights positioned vertically from each other for more than 15 minutes. Pictured: Cropped and enlarged photo from the witness video. (Credit: MUFON)

“I was going to close the blinds in my daughter’s room when the incident occurred,” the witness stated.“The reason I find this interesting is that there are two red, vertical lights that slowly moved from the northwest to the east. Possibly coming from the Anthem, Cave Creek area headed toward Superstition Mountains.”

The witness was comparing light colors to known objects.

“An aircraft is supposed to have green lights on this side. Red was the only light visible throughout the whole recording and it was steady and never rotated or moved out of position. At about 11 minutes into filming the top light begin to fade and then went out. At 15 minutes, 20 seconds, the second light began to fade and then went out. Near the end of the filming I do show an aircraft landing at Falcon Field.” 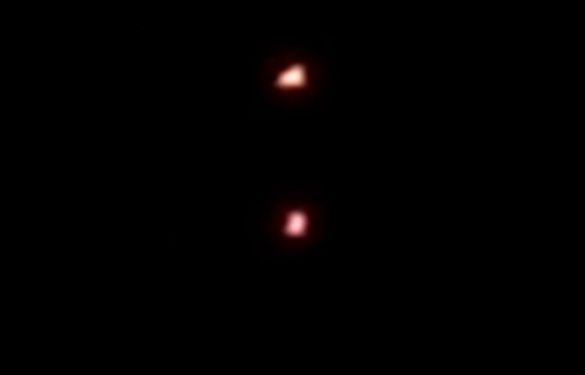 The witness has an aviation background and could not identify the object. Pictured: Cropped and enlarged photo from the witness video. (Credit: MUFON)

The witness has an aviation background.

“I have 21 years in naval aviation as an Aviation Ordnanceman working on fixed and rotary wing aircraft and their weapons; and six years in the aerospace industry. Three of those were manufacturing military helicopters and three were in Iraq and Afghanistan as a contractor with numerous Army Medivac Units. I have been in combat situations both in the Navy and as a contractor. With all this said, I know for a fact these are not military flares or other ordnance. As far as an air ship, balloon or other type of aircraft, I am 99 percent sure it is not. I do not know of any aircraft like this or that has formation lights like this and/or then extinguishes itself. There were no clouds or haze this night. It was a comfortable cool air. As far as a shape, I could not tell. I did try to look for something that would identify its shape and transparency but did not find any evidence of it. It was too far away to determine if it had a sound. I can only guesstimate the object(s) were 8-10 miles from me.”

Field Investigator Sandra Anthony investigated for Arizona MUFON and closed this case as an Unknown.

“Another sighting of most likely the same object from that evening was filed as Case #46242, which occurred at 9 p.m., Anthony wrote in her report.“The field investigator, Snow, concluded that it was an Unknown. This investigator also determined that there were three additional reports of this object that were not reported to MUFON.” 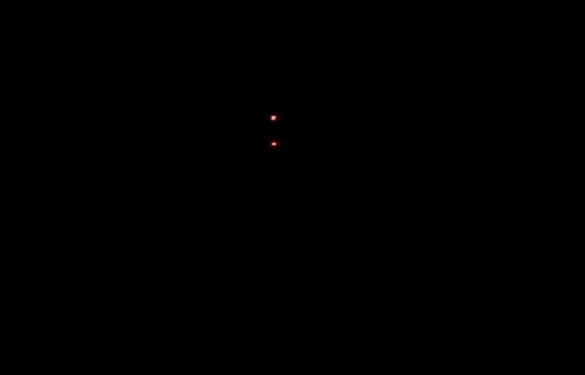 The Field Investigator stated that the wind direction at the time of the sighting indicates this is not a sky lantern. Pictured: Still frame from the witness video. (Credit: MUFON)

Anthony also noted weather information during the time of the sighting: 75 degrees, 3.5 mph winds out of the east-southeast, clear sky.