No idea what this is but it looks like a massive sea creature which made me think of a prehistoric Plesiosaur or a gigantic squid. 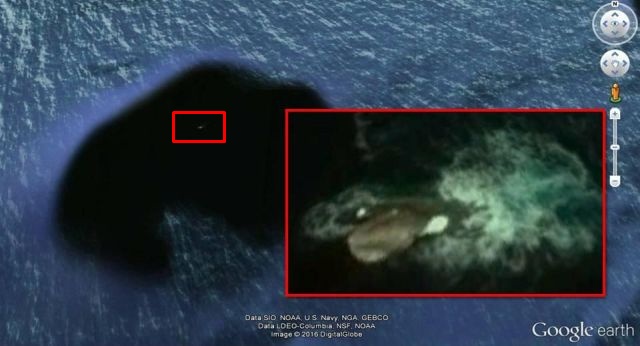 But if you look more closely it looks like an artificially made object, an underwater UFO coming out of the ocean? 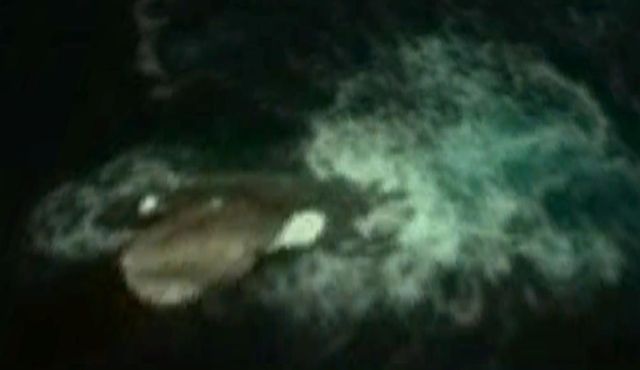 One thing is certain, the unknown object made a massive disturbance in the ocean down there and who knows what really caused it.

Here are the Google Earth coordinates and form your own opinion.