On March 23, 2016 sky-watcher Takebackspace tracked and filmed for over 10 minutes a massive Unknown Flying Object while passing Jupiter. 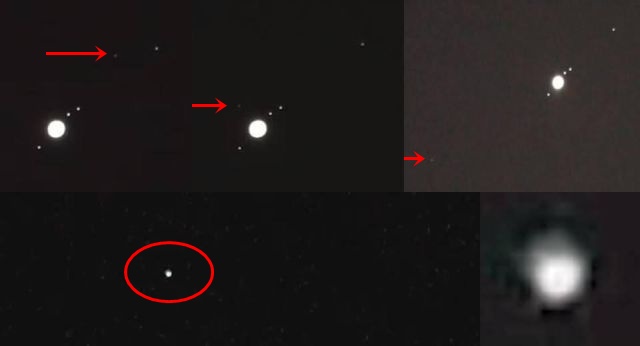 Takebackspace states that the object is a high altitude object but he don’t know what it is, but it seems like it gets brighter (possible reflecting light) and dimmer in certain parts.

At the time the UFO travels through space it even changes speed or direction, like the object travels along a highway in space.

There are parts that are just a dot on the video screen, but it is big and moving very fast.

Note: I’ve checked his YouTube channel to see if the footage is CGI generated or not, but all of his videos of the moon and other planets are original recordings, without any kind of adaptation of the visual material.