On June 8th, high above a thunderstorm in Colorado, an enormous 300 km wide ring of light appeared near the edge of space.

This is an example of an ELVE (Emissions of Light and Very Low Frequency Perturbations due to Electromagnetic Pulse Sources). 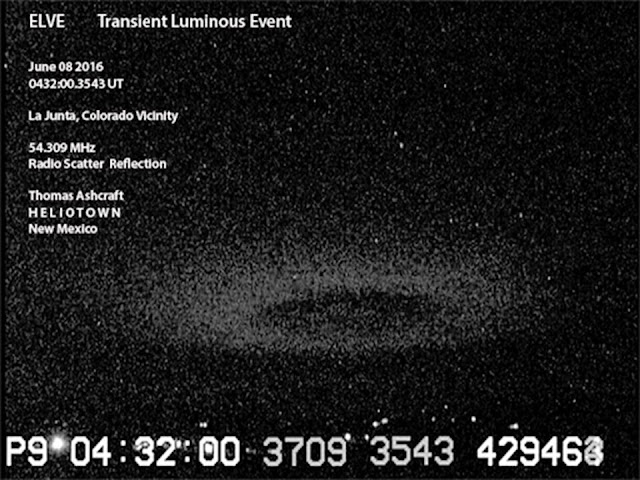 ELVEs appear when a pulse of electromagnetic radiation from lightning propagates up toward space and hits the base of Earth’s ionosphere. A faint ring of light marks the broad ‘spot’ where the EMP hits.

EMP is on the increase.

With the appearance of the EMP ring over Colorado we may wonder whether the strange and unexplained circular weather anomalies which appeared on several weather radar stations last month in Europe are the result of natural or man-made EMPs too.

EMP interference not only causing blackouts or blowing up transformers but at higher energy levels a powerful EMP event such as a lightning strike, like the apocalyptic lightning that struck several countries in Europe, mainly in France, Germany and Poland on May 28, 2016, can damage physical objects such as buildings and aircraft structures.

Even EMPs create magnetic swirls and neon “noctilucent” clouds in the skies.

Several days after the EMP ring appeared over Colorado, on June 13th sky watchers in more than half a dozen European countries witnessed and reported an outburst of bright noctilucent clouds (NLCs). 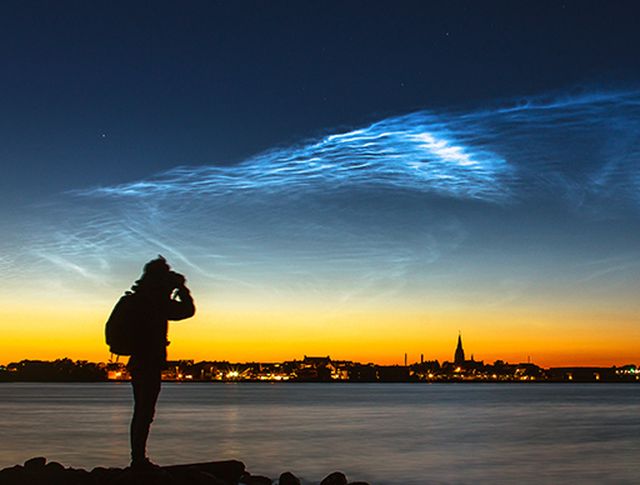 Years ago you had to travel to latitudes well above 50 degrees to see these neon clouds. Now, however, NLCs are spreading. In recent years they have been sighted as far south as Colorado and Utah in the United States.

With the increase in EMPs and noticulent clouds, the appearance of magnetic swirls and strange weather anomalies captured by weather radar stations, we may wonder whether, despite researchers suspect this is a side-effect of climate change, if something in outer space is the real cause of all these events here on Earth.