A set of images of the UFO uploaded to NASA’s servers show that the UFO was stationary over 5 hours long near the sun before it’s going off the screen. 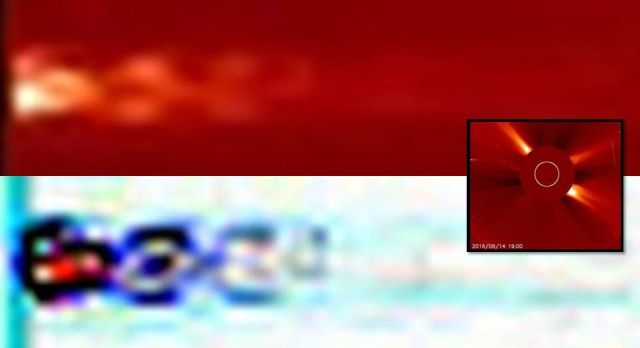 Despite the spacecraft is partially covered by SOHO’s solar filter you will see a small stream of energy twisting and going up to the UFO which indicates that it is harvesting energy from the sun.

The sun as a giant gas station, they stop in, fill up and move on.

In the video below Nemesis Maturity made a compilation of the images which show that the UFO was stationary over 5 hours long near the sun.