Why is the symbol of the egg present in all cultures? Does the answer lie out in the stars, or perhaps inside our own brains?

A “Cosmic Egg” – in which the Universe, or some primordial being comes into existence by the hatching of an egg – is found in the creation myths of many cultures. 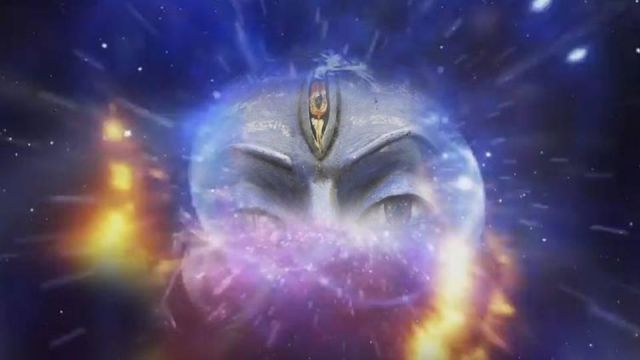 Why is this concept so pervasive throughout the world? Clues to the origin of the Cosmic Egg may lie in another symbol commonly paired with the egg – the symbol of intertwined snake – which some believe represents ancient knowledge of the DNA double-helix spiral.

Did our ancestors have advanced insight into human biological coding?

And could the Cosmic Egg represent, not the cosmos or the gods, but our own creation and genetic manipulation?

Is the cosmic egg a connection that each person connects with the cosmos? Although the third eye (the pineal gland) is mainly seen as a metaphor, actually it is an egg-shaped structure in the brain: the thalamus.

The thalamus is formed as two identical eggs and is located in the center of the brain. Scientists who do research for coma patients have suggested that the thalamus plays a very important role in consciousness.

Whereby the thalamus is an important switching station for all kinds of information from the senses, the function of the pineal gland is like a cosmic antenna, the transmitter and receiver of signals from the different dimensional planes and worlds to the thalamus and vice-versa.

For more information about the “Third Eye”, read our article: Pineal Gland ‘Third Eye’ the seat of our Soul.

Ancient Astronaut theorists suggest that just like the world’s most iconic religious symbols, the Cosmic Egg cannot be summed up as representing a singular thing, but may have a much deeper meaning.