Can open science and secrecy coexist? 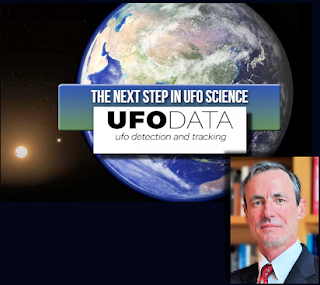 in Louisville, Ky. Sixty-six years later, the request for assistance – not the actual images in question – finally gets declassified.

Data points like these matter because, thanks to the nudge from Hillary Clinton and campaign director John Podesta, the mainstream media is swinging its collective, and so-far superficial, attention to the political ramifications of The Great Taboo for the first time this century. And one of the most unexpected emerging voices to express authentic curiosity about UFOs is former Deputy Assistant Secretary of Defense Chris Mellon.

Two weeks ago, in an interview with author Leslie Kean, and again in The New York Times, a man who also spent more than a decade assessing national security issues for the Senate Intelligence Committee urged readers to seriously re-evaluate an issue long relegated to ridicule and tabloid skank. This wasn’t just a pose. In 2015, Mellon quietly joined the board of UFODATA, a nonprofit working to develop and deploy portable UFO detection technologies through crowdfunding.

But in calling for a clean-slate approach to the mystery – i.e., let’s forge ahead with new science instead of falling back on counterproductive accusations – Mellon has invited considerable skepticism from some researchers who’ve made underground careers using FOIA to dislodge relevant government paper. “In my view,” asserted Mellon, who finds it difficult to believe that UFO secrets could be held under wraps for so many decades, “calling for the end to an alleged government UFO cover-up is almost certainly a dead end, and does not help inspire anyone in government to become more open to the topic.”

That’s probably true. Which agency, organization or foundation wants to launch a good-faith investigation from a defensive posture? But given websites like Project 1947, which showcases layers of the puzzle still being peeled off the onion of World War II, or at the exhaustively detailed Minot AFB UFO and www.ufohastings.com, where scores of military veterans have stepped up to share first-hand accounts of an orchestrated information clampdown, researchers are unmoved by Mellon’s statements about “never detect(ing) the faintest hint of government interest or involvement in UFOs” during his “comprehensive review of DoD’s black programs.”

Brad Sparks, for instance, argues super-secret special access programs (SAP), frequently theorized to be the repositories of government UFO projects – and of which Mellon’s committee had oversight – aren’t the only places to look. “Why limit things to SAPs?” he wonders in an email. “There are ACCMs (Alternative Compensatory Control Measures) that imitate SAPs but are even less accountable, less controlled, and less traceable. There are SCI [Sensitive Compartmented Information] Codeword Compartments where there is no organization, no project, just the existing intelligence agency org acting on and analyzing data within the SCI Codeword Compartments marked on documents.

“… There are SCI Codeword Compartments that eventually become special projects or SAPs. When Ike created the TALENT-KEYHOLE Control System on Feb. 7, 1958, for recon satellites there was no special project or SAP for it, only the existing CIA and AF orgs. TK was just like a classification marking (TOP SECRET/TALENT-KEYHOLE or TS/TK) but with a whole security system, security agents, manuals, indoctrination, etc. Only in 1960 did the AF create a special project office, in effect a SAP, under that SCI Codeword (TK or TK-CS Control System), which became the nucleus of the NRO in 1961-2.”

Confused? Just wait. Mellon’s contention that, if elected, Clinton “should officially task NORAD with collection and analysis responsibility” provoked an exasperated response from Paul Dean. Firing off FOIAs for years, the tenacious Aussie notes how North American Aerospace Command – a bilateral resource-sharing agreement between Canada and the U.S. – receives its space surveillance data from America’s Strategic Command. In a recent recent blogpost, Dean serves up STRATCOM definitions from a 2004 directive which refers to anomalies as Uncorrelated Targets (UCT). STRATCOM divides these mysteries into four categories: Nonsignificant, Significant, Critical, or False.

The UCT section states the Critical designation applies to “any UCT which is suspected to be related to a new foreign launch.” To qualify for the Critical label, a UCT is required to meet at least one of four criteria. But all four of those criteria are redacted from a document whose original status was classified “Secret.” The origins of UCT terminology go back for decades, and in efforts to get a coherent handle on the intelligence infrastructure monitoring the high frontier, Dean says he and his FOIA collaborators have met institutional resistance every step of the way.

“Everyone thinks about questions of ‘UFO coverup,’” he states in an email, “but they also imagine that the evidence … can be easily served up on a silver platter, like one PDF or one youtube video or whatever. The reality is that it has become backbreaking work. All day I’m disentangling obfuscated, out-of-order, incomplete documentation, filing FOIAs or MDRs, [mandatory declassification review] battling with bureaucracies for every scrap of paper … Nothing can be slapped together willy-nilly.”

Which begs the question: If support builds for the sort of open and legitimate scientific inquiry urged by Chris Mellon, would the success of such a project be contingent upon removing the historical context of secrecy from the discussion? Certainly the UFO transparency campaign proffered by Podesta/Clinton implies secrecy as an obstacle to clarity. Is an honest above-board study possible without trespassing into national security turf? Are we smart enough to strike a balance? And what, exactly, would it take to inspire public confidence in the integrity of such a study?

Is There a UFO Cover-up? A Government Insider Speaks Out

Scientists to Monitor Skies for UFOs