I am pretty sure the Great Flood did happen. While it is popularized as a Christian story in English speaking countries, the Great Flood transcends almost every single culture around the world. So I don’t doubt it happened. But the main issue is where did the water come from? Most of theories I have seen require bending the rules of the observable reality that we live in. 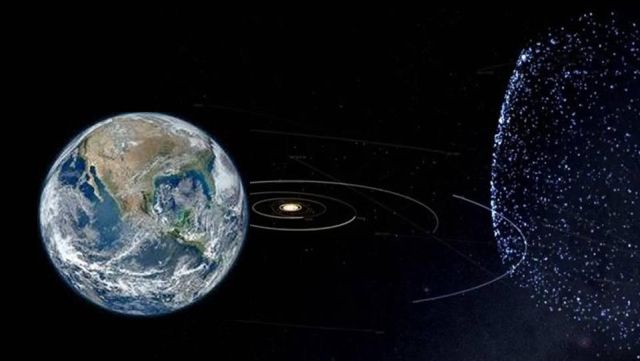 Back in 2011 scientists had discovered a massive cloud of water deep in space.

During that time the Suns reflection and heat in the atmosphere would make it appear to be sparkling water in the sky, which could explain the firmament.

Once the cloud got near Earth and we started passing through it, the frozen water would melt in the atmosphere and completely saturate the air, it would then start raining.

And it would not be localized like what we see now, it would be entire Earth being rained on for an extended period of time. All that water would rush out to the ocean and anything near rivers or oceans, like a human population for example, would be washed out to sea and buried by all the sediments picked up from higher elevation.

Think of the world as one big mud slide. The people living in the higher elevations would not be as threatened by the flooding. And so the more advanced civilization would be destroyed and only the more simple societies in the highlands would be left, hence a reset.

Once this space cloud passed, things would settle down and Earth would have a lot more water content.