The Canada-France-Hawaii 3.6 meter optical/infrared telescope a top the summit of Mauna Kea, a 4200 meter, dormant volcano located on the island of Hawaii spotted a large unknown comet-like object over the Pacific Ocean on June 25, 2016. 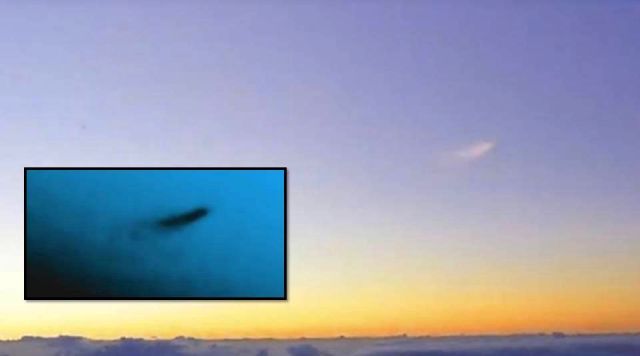 MrMBB333 who monitors the recorded CFH data frequently says that he has never seen anything quite like this object. It resembles a comet but it looks like something else, like some kind of cloaked UFO of some sort.

There is strong evidence that UFOs, while flying low enough to be seen from the ground, do cloak themselves with clouds which they apparently generate and mists as camouflage to keep themselves hidden from the people.

It is also said that UFOs which travel dimensional produce a cloud of vapor or moisture in traversing from there to here.

About the strange object above the Pacific Ocean, it certainly doesn’t fit any natural classification of a comet, meteor or cloud. It’s more likely an artificially generated object.