The family was left in shock after the meteorite started crashing through the roof of their home as they were eating breakfast. 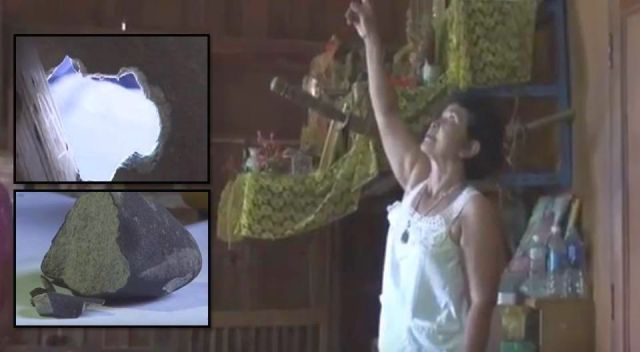 The largest rock, the size of a chicken egg, smashed a hole in their corrugated iron roof, while smaller ones smashed through the walls.

As the footage shows the family were left with damage throughout the house and showed reporters around their property in Phitsanulok in Thailand.

The said it sounded like gunfire as the stones started to hit, but once the noise had died down they were surprised to see the stones, which were hot to touch lying scattered on the ground.

According to bangkokpost, Department head Sarawut Tuantam said the rock’s crust was charcoal black, indicating it had been burned entering Earth’s atmosphere at very high speeds.