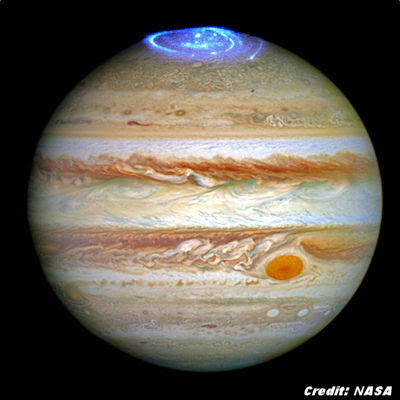 Unlike auroras here, which are caused by solar storms, Jupiter pulls charged particles from its surroundings, including solar winds and even the volcanos on Io, one of its moons and the most volcanically active world in the solar system.

In addition to stunning images, NASA also released unusual “sounds” from Jupiter captured by the Juno spacecraft, which will enter orbit around the planet on July 4.