Another mysterious discovery has apparently just been made on the surface of the planet Mars.

A recent image captured by NASA’s Mars Curiosity Rover shows what looks like an ancient statue figure standing between two rock formations on the planet’s surface. 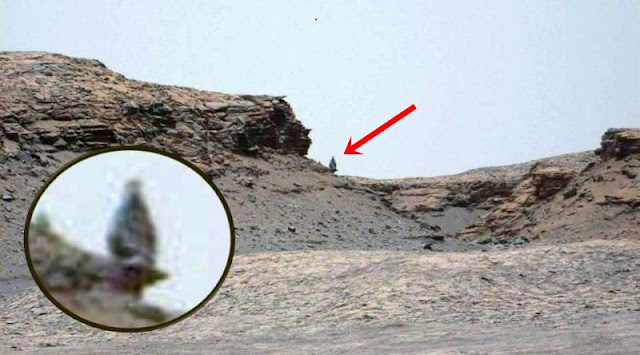 It is possible that this statue has been placed by an advanced ancient civilization? 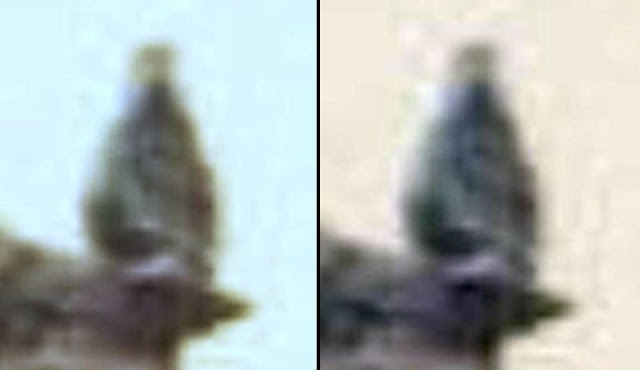 A watcher, who is looking out over the valley below, a statue in the form of a human-like figure protecting a civilization or the statue is simply the result of low image quality, pareidolia, and tricks of light and shadow? 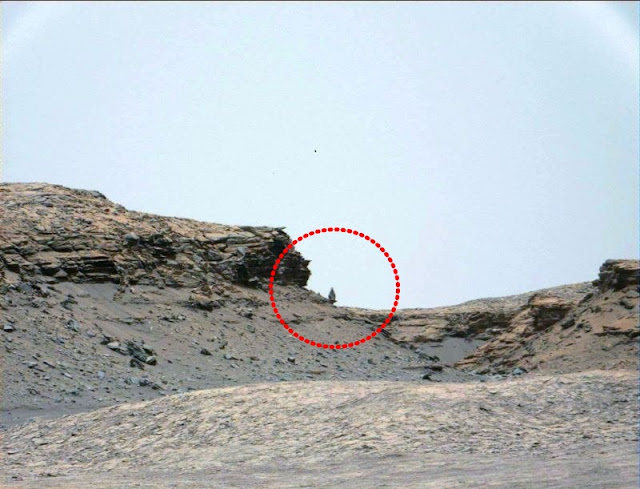