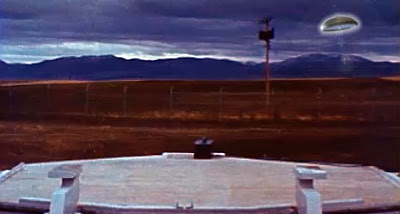 The Association of Air Force Missileers just published a new article by UFOs and Nukes researcher Robert Hastings in its June 2016 newsletter:

Fast forward to April 2016, when I released my documentary, UFOs and Nukes: The Secret Link Revealed, at Vimeo On Demand. The film is the culmination of 43 years of rigorous investigation, utilizing declassified documents and the testimony of more than 150 military veterans—including several AAFM members—some of whom say on-camera that UFOs have regularly monitored and, yes, sometimes even shut down our nuclear missiles. Or temporarily activated those ICBMs. Or hovered over Weapons Storage Areas.

Some of these on-the-record statements were also boldly expressed at my September 27, 2010 press conference in Washington D.C., which CNN streamed live. (View the entire event at www.ufohastings.com.) Former Captain Robert Salas spoke of a disc-shaped craft that hovered over the Malmstrom Oscar Flight front gate on March 24, 1967, moments before all ten of his birds dropped off alert. A second former officer, Captain Robert Jamison, said that his Combat Targeting Team had helped bring some of them back online, after being told by briefers at the MIMS hangar that a UFO had indeed caused the malfunctions.

A third press conference participant, retired Lt. Col. Dwynne Arneson—who was OIC at the 28th Air Division’s Communications Center 1967—related reading a TWX, which said in no uncertain terms, that several of Malmstrom’s missiles had mysteriously failed just as a disc was sighted hovering nearby. Researchers can now point to testimony from former launch officers regarding full-flight shutdowns at both Oscar and Echo flights during that time-frame. Arneson was unable to recall which one was mentioned in the telex.

These incidents were merely the tip of the proverbial iceberg. I now have recorded testimony from dozens of ex-missileers, security policemen, radar personnel and pilots—all of whom say that UFO activity at ICBM sites is longstanding, widespread, and ongoing. The latest known incident occurred at F.E. Warren AFB in October 2010, when the base was unable to communicate with 50 Minutemen for more than 25 hours. (The Pentagon claims the disruption lasted less than an hour but my confidential sources say otherwise. They also report that a huge cylinder-shaped craft was observed by several missile maintenance teams out in the field during the event.)

After my first article was published in this newsletter, in 2002, more than 30 AAFM members contacted me with information about one case or another. I am hoping that this one generates the same response. I may be emailed at [email protected]. All statements made to me will be kept confidential unless I am granted permission to publish them.

Those members not interested in watching my documentary film, or reading my 600-page book, UFOs and Nukes: Extraordinary Encounters at Nuclear Weapons Sites (www.ufohastings.com/book) should at least take the time to review some of the many declassified documents appearing at my website (www.ufohastings.com/documents) which confirm the reality of UFO activity at ICBM sites and other nuclear facilities. With all due respect to those AAFM members who think that I should not be discussing these things openly, I believe that the American public has a right to know the facts.