During his tour in Bolivia, Brien Foerster was surprised to find a “human” fetus with an elongated skull at a local museum.

According to an American radiologist that accompanied Brien Foester, the fetus seen in this video would have been born with an elongated head. 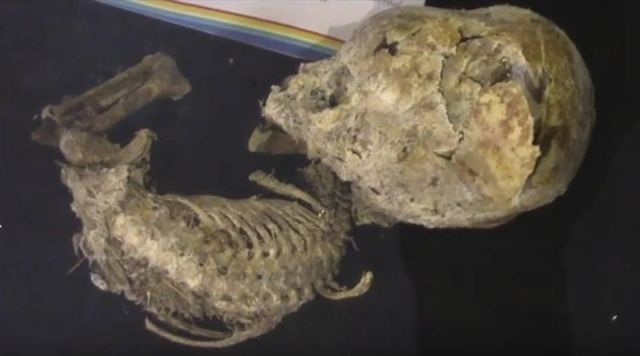 Although the radiologist stated that such cranial features made this fetus NOT Homo sapiens, a DNA test may be needed.

Is this yet another piece of evidence that seems to point to the hypothesis that these elongated skulls are, in fact genetic and may be Nephilim?