Earth’s crust floats on a layer of molten rock known as magma.

Enormous rivers of hot possible molten rock, spanning hundreds of miles across, can be found deep underground, about halfway to the center of the Earth and they send plumes up through the rock like a Lava Lamp, according to a new study.

The searing-hot plumes, which feed volcanoes on the surface, are likely themselves fed by two “super blobs” beneath Africa and the Pacific Ocean, the researchers said to livescience. 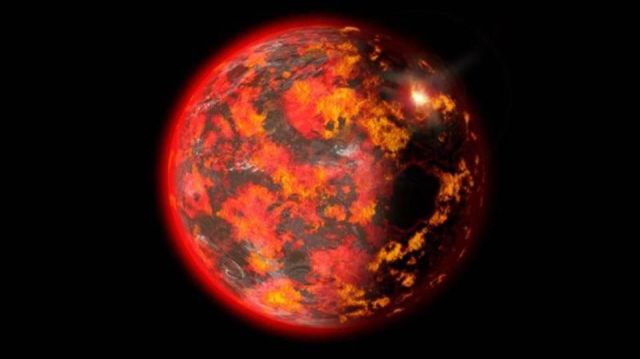 The researchers found molten jets that were about 700 degrees Fahrenheit (400 degrees Celsius) hotter than the nearby rock.

These plumes stretched from the Earth’s crust all the way to the boundary between the mantle and the core, more than 1,800 miles (2,900 kilometers) below the surface. Deeper in the mantle, these plumes become incredibly wide — up to 600 miles (1,000 km) across.

These columns are clearly separated in the lower mantle, and they go all the way up to about 1,000 km below the surface, but then they start to thin out in the upper part of the mantle.

So while the tops of the plumes are associated with hotspot volcanoes, they are not always vertically under” the volcanoes.

The plumes seem to emanate from two gigantic masses of hot rock, each about 3,000 miles (5,000 km) in diameter, which are fixed at the boundary with the Earth’s core.

According to Paul Begley these “Massive Blobs” large plumes like a “Lava Lamp” rising up from the core of the Earth are a cause to concern.