While filming a jet aircraft flying through a heavy lightning storm over Italy several days ago, (July 2016), the filmmaker captured also a bizarre shape that emerged from the clouds. 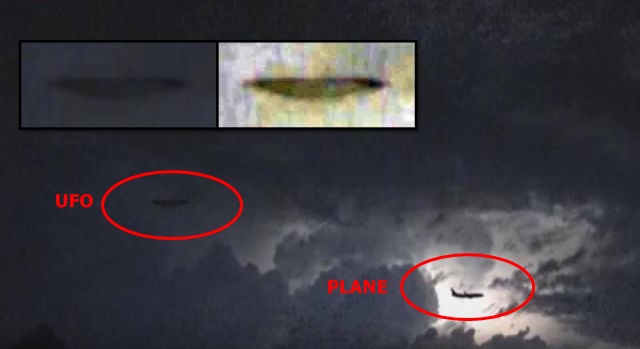 What we certainly do not expect to see are flying saucer-like objects hiding inside these clouds but in this case it appears as if there is a UFO behind the aircraft.

We know that UFOs are attracted to heavy lightning storms all over the globe and no one knew why, but it is said that they are actually recharging their batteries with the lightning.

Below footage shows the aircraft and UFO in the middle of the lightning storm.