In 1996, an enormous underwater structure was found in the offshore of Yonaguni in Okinawa Japan.

The 5,000 years old structures include the ruins of a castle, a triumphal arch, five temples, a sphinx and at least one large stadium, all of which are connected by roads and water channels and are partly shielded by what could be huge retaining walls. 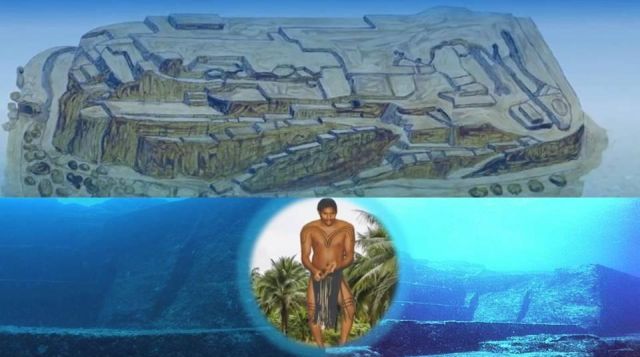 After in-depth research conducted by experts, it has been proven that there is a vast amount of evidence of man’s influence on the massive structures, even it could have been made by giants who ruled the world before us.

The legend of the giants in Yonaguni Island tells us that giants from a giant city across the sea often visited the Kavalan people of Yilan, who used the strength of these giants to help them build any kind of construction in exchange for food.

However this way of helping each other was totally crushed after a huge seismic event took place a hundred years later and the giant city, most of it apparently sank below the sea.