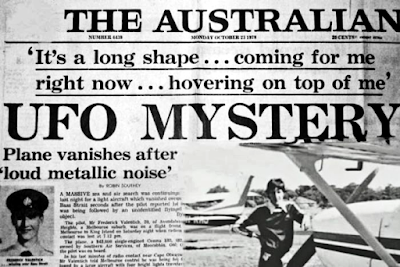 While the show revolves around fictional mysterious disappearances in the Tasmanian bush, the disappearance of Frederick Valentich was very real.

Valentich was a 20-year-old pilot who went missing over Bass Strait in 1978, leaving nothing behind except a mysterious radio transmission.

Historian Reg Watson has been researching the disappearance for many years.

“I’ve looked at it for gosh, three decades,” he told Leon Compton on 936 ABC Hobart.

“I have to say, in my opinion, he had an encounter with a UFO — and I don’t say that lightly.”