Luke Skywalker’s home planet, Tatooine, in the Star Wars saga, was a strange world with two suns in the sky, but a team of astronomers have now found a giant planet in an even more exotic system, where an observer would either experience constant daylight or enjoy triple sunrises and sunsets each day, depending on the seasons, which last longer than human lifetimes. 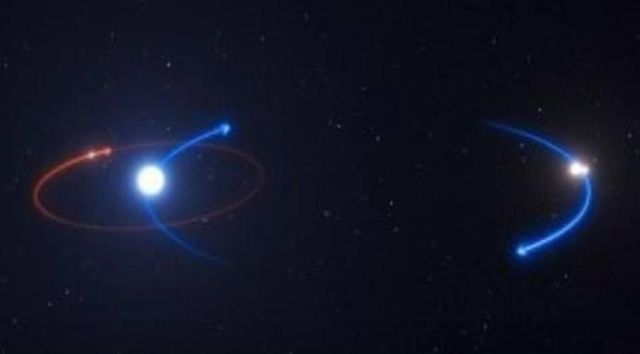 Located about 320 light-years from Earth in the constellation of Centaurus (The Centaur), HD 131399Ab is about 16 million years old, making it also one of the youngest exoplanets discovered to date, and one of very few directly imaged planets.

With a temperature of around 580 degrees Celsius and an estimated mass of four Jupiter masses, it is also one of the coldest and least massive directly-imaged exoplanets.

They have used the SPHERE instrument on ESO’s Very Large Telescope to image this new planet which orbits inside a triple-star system. The results were published online in the journal Science on 7 July 2016.