A strange Mars picture taken by the Hi-Rise camera aboard NASA’s Mars Reconnaissance Orbiter on Feb. 6, 2016 shows a mysterious ‘alien’ message in Mors code in the sands of Mars according to conspiracy theorists. 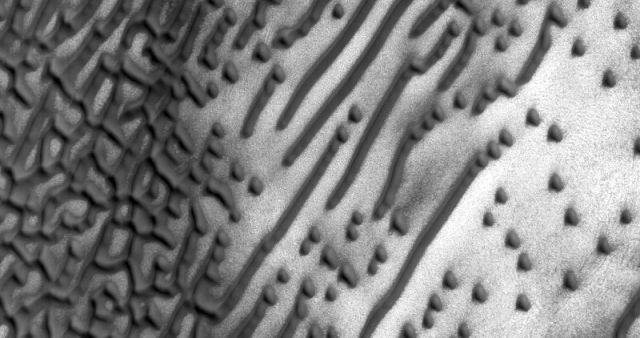 The code-like pattern, the dot and dash features, are very clear due to unusual topography said HI-RISE specialist Veronica Bay, who analyzed the image.

Bray speculates the dots and dashes of the dunes were carved out by the direction of the wind.

At first glance, NASA specialists think that the dashes are linear dunes formed by bi-directional winds, which are not traveling parallel to the dune. Instead, the combined effect of winds from two directions at right angles to the dunes, funnels material into a linear shape. The smaller dots (called “barchanoid dunes”) occur where there is some interruption to the process forming those linear dunes.

Although the exact mechanism remains unknown, they continue to work out exactly how Morse code dune fields are forming on Mars. 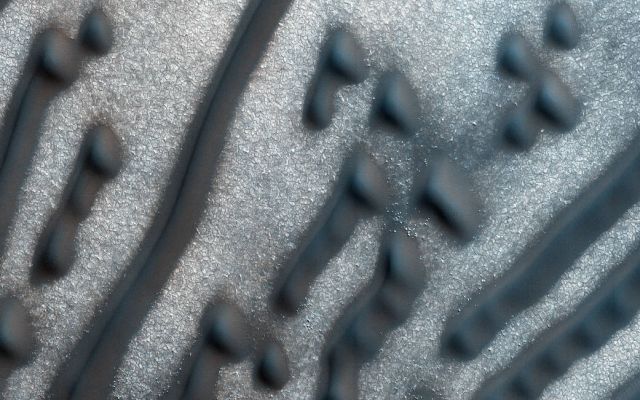 In the meantime Bray decided to decode the ‘alien’ message and this is the result:

Well, if you think you can decipher the message, please let us know your interpretation of the code in the comment box.