The ancient Egyptians created a simple yet elaborate system of blocks and grooves within the Great Pyramid of Giza to protect the King’s Chamber.

According to Livescience, just outside the entrance to the King’s Chamber (hidden within the Great Pyramid of Giza), workers carved out a set of grooves and fitted three huge granite slabs into them. 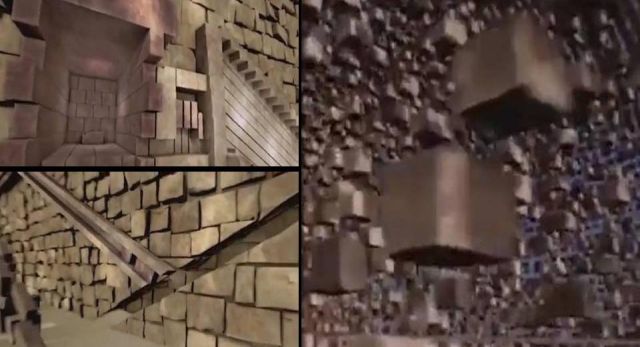 Once the king’s mummy was safely inside the chamber the ancient workers then fit three large granite blocks (bigger than the ones that fitted into the grooves and slid them down a chute to block the entrance to the passageways below the King’s Chamber, essentially cutting off access to the so-called inner sanctum.

The animation shows how blocks were dropped down grooves near the King’s Chamber after the pharaoh’ burial.