A possible artificial structure in the Tycho Crater on the dark side of the moon is discovered in an image taken by the Lunar Orbiter.

It looks like the structure is built near an entrance leading inside the moon. This looks for all intents and purposes like the plan view for a Factory or possibly a Mining Station. 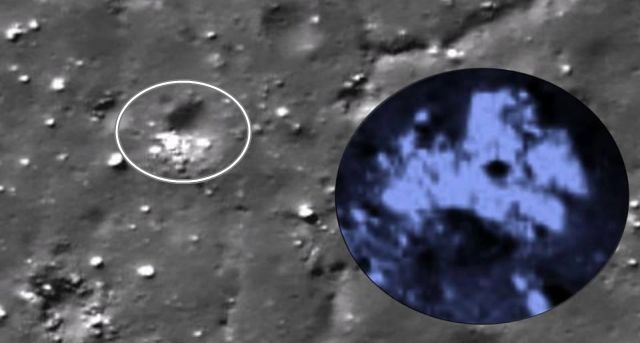 The Moon actually shows evidence of the mining and the tracks of the space ships carrying their mined material. Much of the mining is done within craters.

Ken Johnston Former National Aeronautics and Space Administration Data and Photo Control Department manager, who worked for the space agency’s Lunar Receiving Laboratory during the Apollo missions, has been fired for telling the truth.

He says the agency ordered a cover-up and forced him to participate in it. He claims there are buildings on the Moon and mining equipment on the Moon.