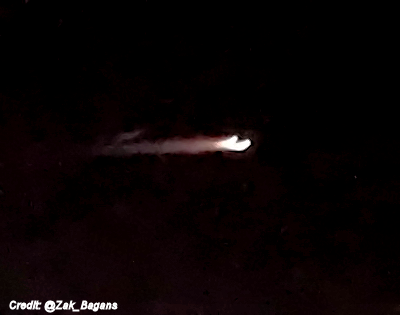 The flashes of light spurred numerous calls to the CBS Los Angeles newsroom from people around the metropolitan area.

The light was also visible in other states, including Utah, and spurred a flood of reports and video on social media.

Witnesses said the ball of fire in the sky lasted about 30 seconds.

The National Weather Service told the station the incident wasn’t weather-related, and said in a tweet: It was seen here in Las Vegas. Looks like space debris burning up. Not confirmed.” …