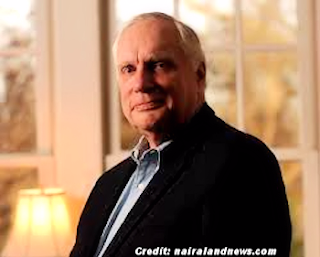 Void, reflecting on the tepid critical feedback. “People are still busy chasing stories about the latest light in the sky. I thought it might take off but not too surprised it didn’t.”

As Hillary Clinton prepares to accept the Democratic nomination for POTUS tonight, however, Cameron looks back on his long investigation – an investigation that ultimately provided the backdrop for informed queries into HRC’s curiosity about UFOs – with at least a measure of satisfaction. “The biggest thrill of the whole thing was the incident that got me to do the book,” he notes. “That was the statement that Hillary made to (New Hampshire newspaper reporter Draymond) Steer in 2007 telling him that the most requested FOIA item at the Clinton Library was UFOs. At that point I had actually given all my Clinton documents away thinking that waiting for a break from the White House was a big waste of time. When she referenced my FOIAs I thought, ‘Wow they are actually paying attention.’”

Anyhow, given the imminent history-making occasion in Philadelphia, De Void can’t help but flash back to a weird and futile email exchange, beginning in 2012, with the man President Clinton dispatched to prowl around for UFO records 20 years ago. Like some Kung Fu zenmaster, former associate Attorney General Webb Hubbell resisted De Void’s email quest for details with an enigmatic reply: “The answers to all your questions will be revealed.” (???) He batted back all subsequent questions with indifference.

Well, a few weeks ago, looking to promote his latest murder-mystery thriller, Hubbell discharged yet another email blast to media outlets. And with all the enthusiasm of his Confederate ancestors’ assault on Cemetery Ridge, De Void decided to make one more last-gasp pass at the sphinx.

To Webb Hubbell, 7/28/16, 10:29 a.m.: OK, just for the sake of due diligence, I’ll be happy to promote your book if you’ll tell me about your attempts to learn more about UFOs under the Clinton administration. Thanks (again) for your consideration. Regards, bcox

To Webb Hubbell, 7/28/16, 11:01 a.m.: I’m not entirely certain she actually said that. Is this something you know for a fact, or just something you believe to be true?

And the check’s in the mail, the only TV I watch is PBS, I can get another 20 miles on empty, we’ll get right on it, he’s never bitten anyone before, it’s supposed to make that noise, we can still be good friends, etc. etc.